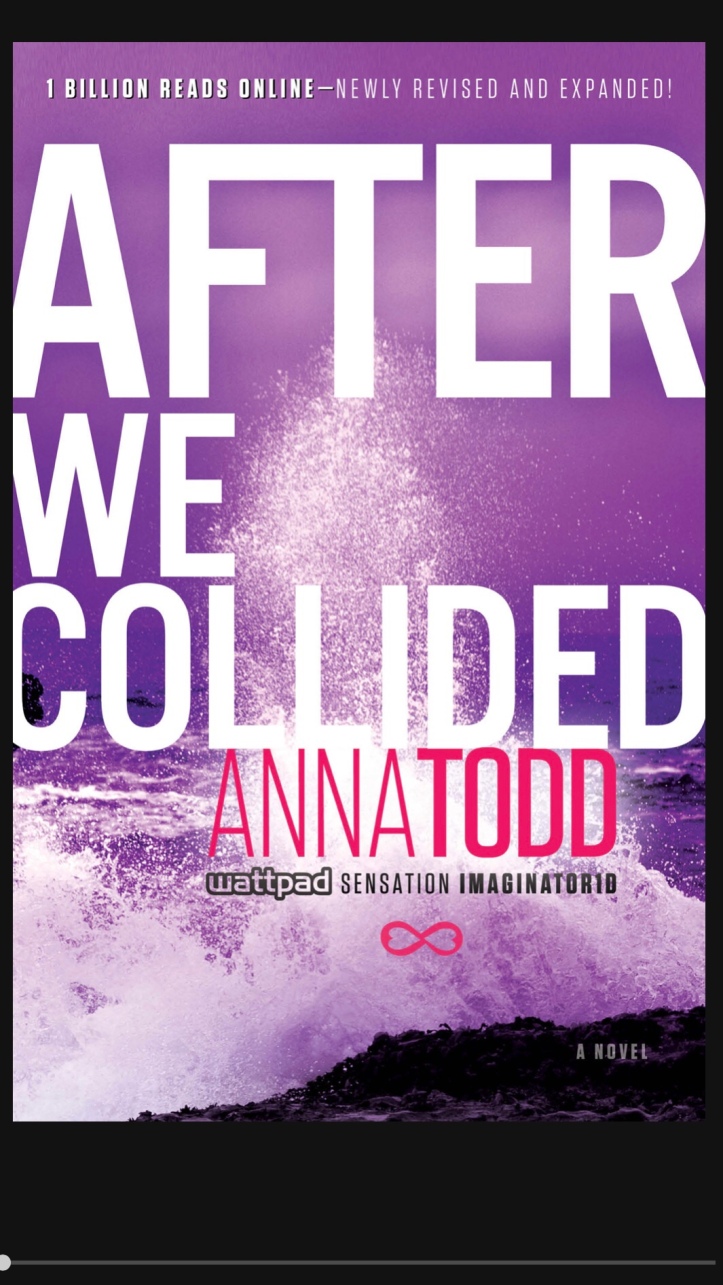 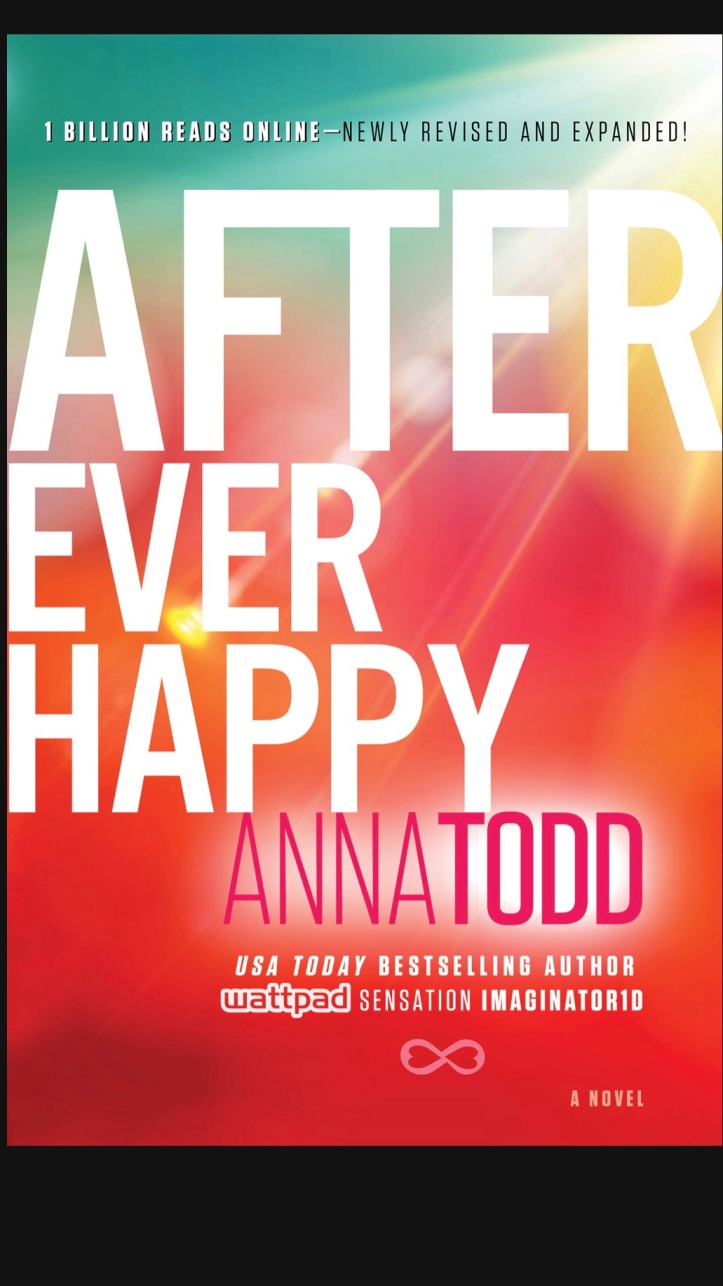 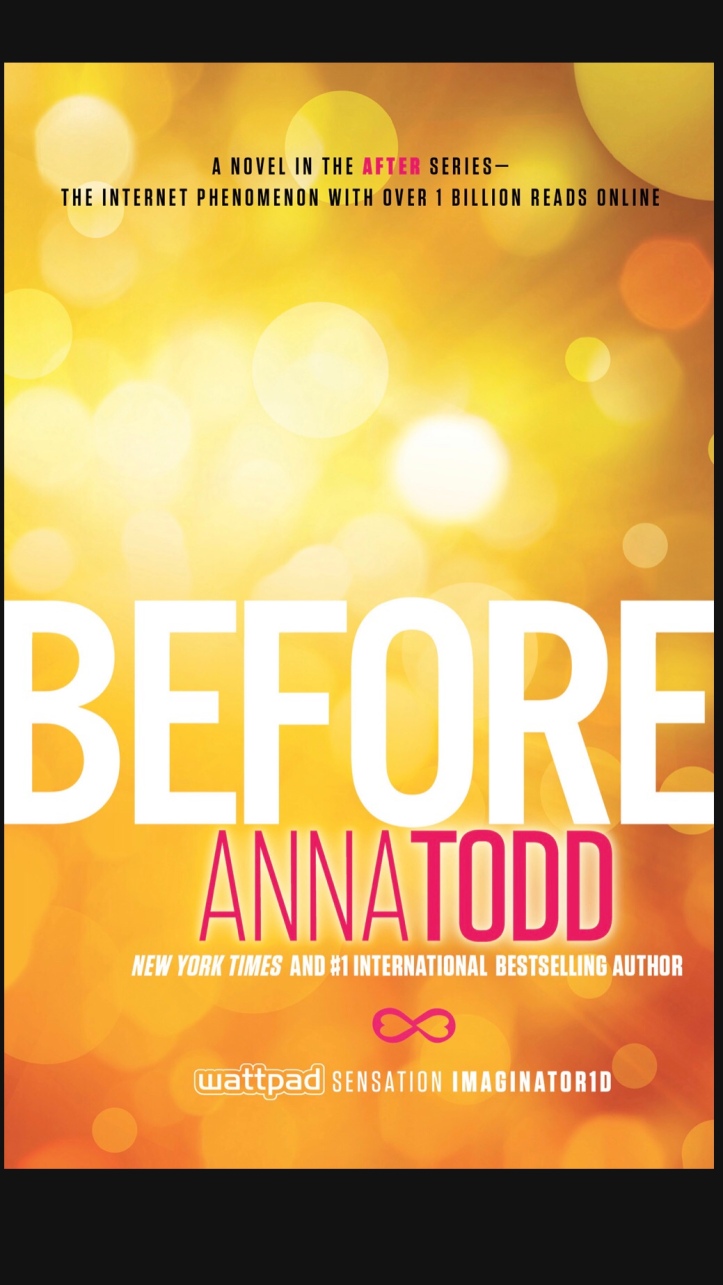 I was listening to a Rachel Hollis podcast a few months back. She was talking to Anna Todd, an author I had not heard of before. One of Anna’s books was being transformed into a movie. I figured it was a book I had to look into. Little did I know I would devour 5 of her books in little time. The After series has 5 books within it. After, After We Collided, After We fell, After Ever Happy and Before. I can’t help compare these to a young adult version of Fifty Shades of Grey. One would not be able to deny that the story lines were similar- innocent girl meets a bad boy and falls in love- the books even include some racy content- ok, a lot of it.

What drew me into Anna’s writing was her attention to detail. All of the books were lengthy, but this gave each character details that a lot of authors miss. Often times when I read a story I long for more. Deeper words to describe the characters, more to the story line and then what happens “after” *pun intended*. Anna hit these three things on the head. With this being a young adult series, I wonder how the movie will be portrayed and laid out on the big screen.

I thoroughly enjoy a good soundtrack, as many of my close friends know. I was intrigued to see a playlist at the beginning of the 5th book, Before. I wish I would have had the playlist from the beginning so I thought I would lay it out here for you. Tessa’s favorite band in the book is The Fray, I highly suggest listening to their full album as you read the series as well. 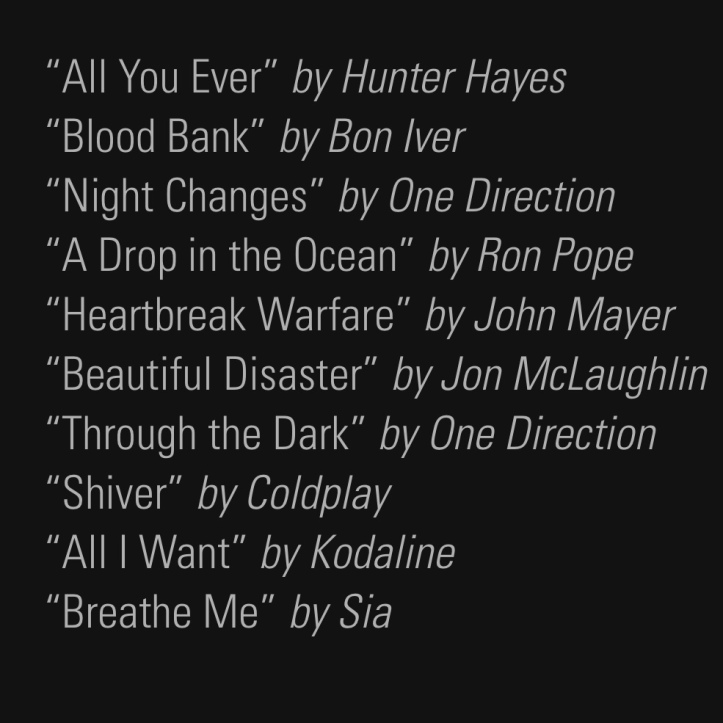